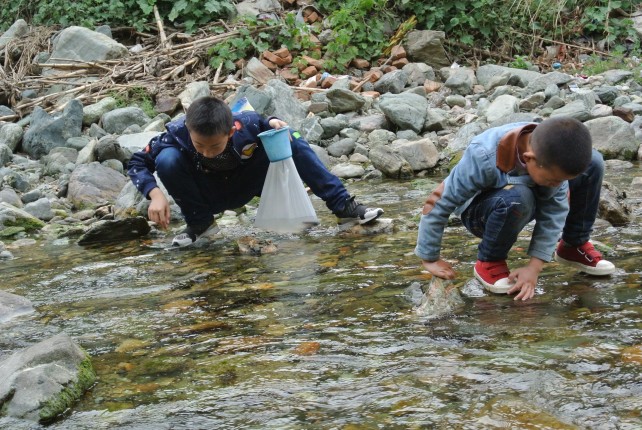 In Wuxi, a city 84 miles west of Shanghai, nearly 2 million residents had foul smelling green water coming out of their taps for a week in May 2007. Wuxi sits on the shores of Lake Tai, China’s third largest freshwater lake. And on that week in May, it experienced a perfect cocktail of industrial effluents, agricultural runoff, and sewage, which created a toxic cyanobacterial bloom, leaving 70 percent of the city’s water undrinkable. The Lake Tai incident was not an anomaly. Poor oversight and enforcement of water pollution regulations and standards has long left between 30 and 50 percent of China’s surface and groundwater undrinkable.

Following the algae crisis, the Wuxi government passed a rule incorporating water quality monitoring and management into the cadre evaluation system. This simple change led to the creation of a river chief system in which local leaders could be demoted or lose their jobs if they did not monitor and maintain the water quality in their assigned river basin segment. Within a year, the Wuxi river chiefs made drastic water quality improvements, with rivers and lakes hitting a 71 percent water quality compliance rate.

Fast forward to 2016. China’s State Council passed guidelines to launch the Wuxi river chief mechanism nationwide to help fill accountability gaps that, according to Jia Shaofeng Deputy Director of the Center for Water Resources Research at the Chinese Academy of Science, were created by bureaucratic competition and overlapping water management responsibilities. Today the river chief system flows through the bureaucracies at all levels and has sparked top-down and bottom-up partnerships with NGOs and companies. It could be a gamechanger for better accountability and cleaner rivers.

Known to locals in Gansu Province as the Mother River, the Yellow River, that flows through provincial capital Lanzhou has often been unsafe to drink. Since 2010, the Gansu-based environmental NGO, Green Camel Bell (GCB), has served as the waterkeeper for the Yellow River, helping the municipality patrol the river, gather water data, and report pollution problems. It was given greater power in 2017 when the newly created Lanzhou River Chief partnered with the NGO. Together they cracked down on factories and waste companies that were dumping contaminants and construction waste into the Xigu River segment that supplies drinking water for the capital. Lanzhou created a four-level River Chief system at the city, county, township and village levels, overseen by the city’s top Communist Party Committee and government leaders. With this political muscle and Green Camel Bell’s citizen network, polluting industries were pushed quickly to clean up. The river chiefs with Green Camel Bell also advocated for artificial wetlands along the river that are helping to buffer and filter the drinking water sources, bringing it back to potable water quality. 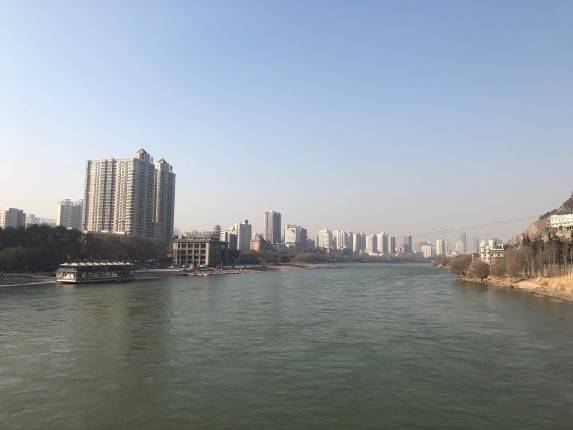 In June 2016, the NGO Green Hunan helped to catalyze an exceptional example of a citizen waterkeeper and river chief partnership in Xiangtan city. Sun Cheng, the research director from Green Hunan, explained that they worked with the Xiangtan mayor to develop a strong monitoring system that links to the municipal-level river chief.

In 2017, the international beer company, AB/InBev, formed a partnership with the Putian municipal government in Fujian Province to support the city as an “enterprise river chief.” AB/InBev staff, together with volunteers from local universities, are collecting water samples and testing Shou Creek water. AB/InBev staff also carry out community education activities on river protection and the role of river chiefs to encourage local resident participation in the monitoring process. Other AB/InBev breweries around China have launched water monitoring activities in other cities, expanding this unique public-private partnership that promotes better river stewardship.

Some Chinese corporations are also getting involved to help the river chiefs in their area. Green Hunan helped a small business investment company called 58.com Inc   set up a river station to work with local university students to patrol and monitor the water quality in the river and lake that sandwich their headquarters in Hunan Province. With support from Tencent Foundation, 58.com worked with Green Hunan to create a 2020 Secure Water Source Plan to help the thousands of small companies they invest in to join in river protection.

The Future of River Chiefs

“The challenge,” said Hu Min, Min River waterkeeper from Chengdu Urban Rivers Association, “is how to establish a mechanism that contains longer-term impacts.” Zhao Zhong, founder and former head of GCB argued that “all rivers cannot be managed by only a few river chiefs. It is also necessary to exert the power of public participation so that everyone can become a ‘river chief’ to contribute to fighting pollution.” These partnerships between citizens, NGOs, businesses, and the river keepers could make better accountability and cleaner water in China a reality.

Jiameizi Jia worked as a research assistant for the Wilson Center’s China Environment Forum in 2018. She holds an M.A. in Global Environment Policy from American University, and an M.A. in Politics, Philosophy, and Economics from the University of York.